0 0 0 0
This Saturday, UFC 251 will be live from Yas Island, Abu Dhabi, United Arab Emirates, but fight fans have come to know it as the highly marketed “Fight Island”. The card features three championship title fights in a triple headliner on Pay-Per-View via ESPN+. The event will be the first in a series of cards to take place on Fight Island throughout the month.
Kamaru Usman vs Jorge Masvidal
After failed negotiations cost Jorge Masvidal his UFC title shot, UFC Welterweight Champion Kamaru Usman was slated to headline UFC 251 against top contender Gilbert Burns. With Burns being forced out of the bout after testing positive for COVID-19, Masvidal finds himself black in the #1 contender spot on just six days notice, which will be his first UFC title shot in his 49-fight career. With a record of 6-4 in his last 10 fights, he is currently riding a 3– fight winning streak with each of those victories coming by stoppage, most recently defeating Nate Diaz by TKO due to a doctor stoppage over Nate Diaz at UFC 244.
Kamaru Usman looks to rack up his 2nd title defense in his reign as UFC champion when he faces Masvidal this weekend. The Nigerian born wrestling powerhouse holds a 16-1 record, with his last loss being in the 2nd fight of his career back in 2013. But Usman faces his most crafty opponent yet in Masvidal, who holds one of the most prolific careers in MMA and one of the more well-rounded, strategic minds in the sport today. Will Masvidal be able to use his massive arsenal of striking attacks and takedown defense to pull off the upset? Or will Usman be able to use his relentless pressure boxing mixed with aggressive wrestling attacks to keep his opponent at bay en route to another successful title defense?
Jose Aldo vs Petr Yan
Now that Henry Cejudo officially retired after defeating Dominick Cruz, a new UFC Bantamweight Champion will be determined no matter what on Saturday. Forever one of the greatest fighters to ever step into the UFC Octagon, José Aldo looks to find greatness once again as he looks to become champion in a second division. But in order to do that, he’ll have to find a way to solve the very difficult puzzle in the form of the very dangerous Petr Yan. Aldo came up short in his debut at 135lbs against Marlon Moraes, though many argue that Aldo did enough to win the fight as he looked rejuvenated at the new weight class. Though the odds may be stacked against the former champion going into this fight, his unmatched skillset makes him someone you can never count out against anyone at the top level.
Petr Yan has become quite the force to be reckoned with in his 6-0 undefeated run in the UFC over the last 2 years, with wins over Jimmie Rivera and John Dodson. After a devastating knockout finish over Urijah Faber, Yan finally entered talks of a title shot with another win. But with Cejudo’s retirement, Yan will get the first crack at the newly vacated title, and he’ll have a chance to do it against an all-time great in José Aldo. If Yan can use his relentless pressure attacking style effectively against Aldo, Russia will have another UFC Champion representing along with Khabib Nurmagomedov. 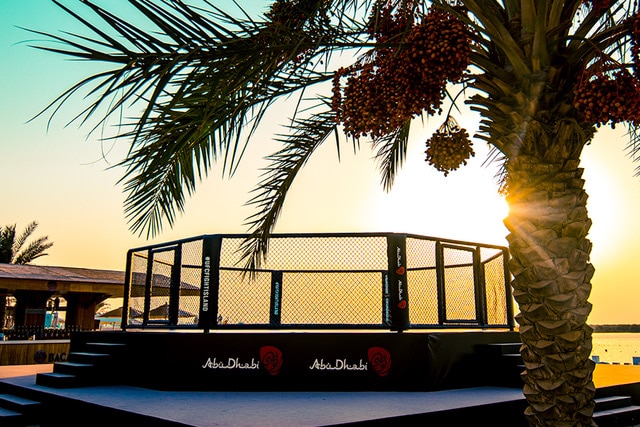 Alexander Volkanovski vs Max Holloway II
Seven months after losing his title to Alexander Volkanovski at UFC 245, Max “Blessed” Holloway looks to regain the UFC Featherweight Championship that he held for nearly 3 years in the co-main event of the evening. Though there was a clear winner in the first fight, Holloway’s dominant reign as champion before dropping the belt makes him more than worthy of an immediate rematch. Before losing the title to Volkanovski, Holloway went 14-1 in his last 15 fights, with his lone loss being for the Interim UFC Lightweight Championship against Dustin Poirier. Holloway’s loss to Volkanovski wasn’t a complete blowout though, as two judges had the bout coming down to one round determining the winner on the scorecards.
Volkanovski, not unlike Petr Yan mentioned earlier, has been unstoppable in his run in the UFC, with the 21-1 fighter going 8-0 since debuting back in 2016. His relentless striking mixed with wrestling style of fighting has become a problem that none of his opponents have been able to avoid or counter successfully. Holloway has the benefit of already going 5 rounds with the current champion and also having less pressure by himself coming in as the challenger for the rematch. Can Holloway capitalize on the experience of the first fight and regain his championship? Or will Volkanovski prove that the first fight was not a one-time occurrence and solidify his status as the undisputed UFC Featherweight Champion?