In 2017, for the first time in conference history, the SEC sent all 13 teams to the NCAA tournament. 8 of the 13 earned national seeds while the remaining 5 were awarded a spot based on a combination of their overall record and strength of schedule. Year after year the handful at the top of the SEC continue to fight for national rankings while the middle bunch throw off order mid-season with unsuspecting upsets. The difference in the SEC this past season was the strong performances by a few in the “bottom” half that included strong pre-seasons, upsets mid-season, and strong showings in the SEC tournament.

A very obvious view of this was Ole Miss (10-14 during SEC regular season) running the field to take the SEC tournament championship. The less obvious storylines come from teams like Arkansas who, under the leadership of then 2nd-year head coach Courtney Deifel, have taken significant strides over the past few years climbing their way to their seventh NCAA tournament invite in program history and more importantly, earning the respect of their SEC and national opponents.

About the Razorbacks and Head Coach Courtney Deifel: 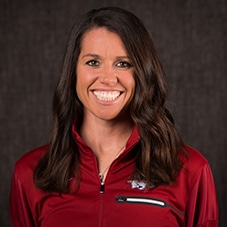 become the fourth head coach in Razorback softball history. Prior to entering the coaching ranks, Courtney Deifel (Courntey Scott) was an NCAA All-American and 2002 National Champion behind the plate at Cal and also spent time playing professionally both in the United States and in Japan. Deifel spent 4 years as an assistant coach at Louisville before accepting the head coaching job at Maryland for the 2015 season. One year later the opportunity to jump into the SEC at Arkansas was presented and as Deifel prepares for season 3, the Razorbacks are climbing rapidly. Read Deifel’s full bio here.

During 2015, the year prior to Deifel’s arrival, the Razorbacks went 1-23 in the SEC and 16-37 overall. During Deifel’s first season (2016) the team remained steady with an almost identical record of 1-23 in the SEC and 17-39 overall but the culture was changing internally. In 2017 Deifel and the Razorbacks took an incredible leap in their SEC record going 7-17 and even more so in their overall record of 31-24. Although the Razorbacks, who rolled through their pre-season schedule going 19-1, finished second from the bottom in the SEC, they managed 6 more wins than each of their previous 2 seasons which made a huge impact on their overall record ultimately building their case for the NCAA tournament. 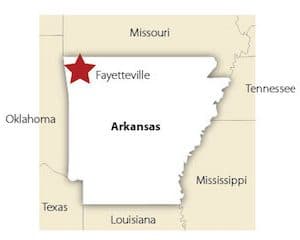 For more information on the University of Arkansas you can visit the website at www.uark.edu or click here. 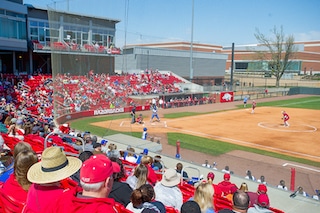